Two of Us Riding Nowhere 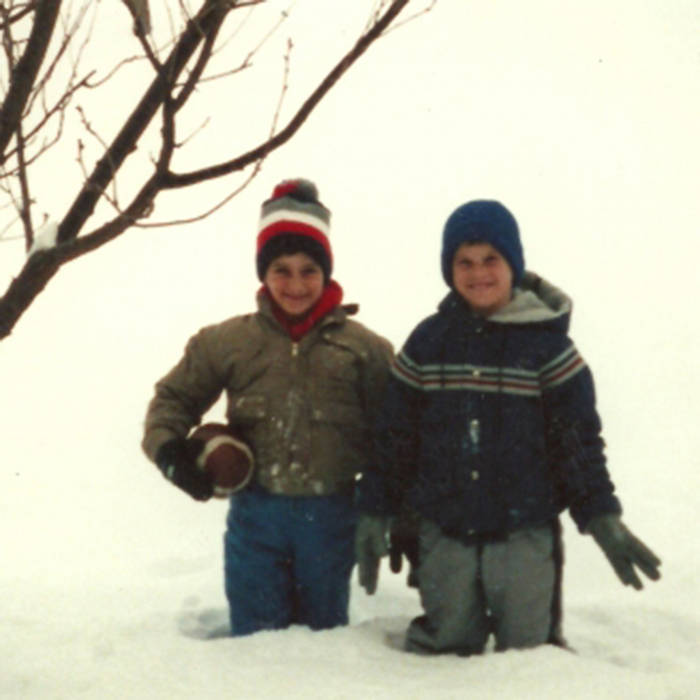 Mohan Thomas Discovered by accident. Something about this I can't quite put my finger on, but I keep coming back to it. It's beautiful. This gives me an intense feeling of nostalgia for I'm not sure what..,

You can tell a lot about a man by who his friends are.


More than mere eyeball taxonomy, an association is often little more than intent personified. From Michael W. Smith BFFs to enabling drinking buddies to average girls yucking it up with the uglies to look prettier, the motives for picking a companion are as varied as the resulting relationships.

And being in a band with someone, especially a duo, has got to be one of the most complicated relationships this side of Oedipus and mommy dearest.

Hush Arbors & Jason Ajemian
Writing on his friend and frequent collaborator Hush Arbors’ (aka Keith Wood) self-titled Ecstatic Peace debut, Wooden Wand’s James Jackson Toth called Wood’s lysergic, dyspeptic folk “a Wire subscriber’s Siamese Dream” and that “it very well may be one of the last real ‘albums’ made in this great tradition before we’re all buying music at kiosks in the men’s room as Shoney’s.”

Sad, yes, but also quite true. Clearly, there’s a trad-folk idiom at the inner core of the Hush Arbors sound. Surrounding it, though, is a viscous mantle of New Weird American scuzz. The type that brings all the art-damaged boys to the yard.

Thus, it was yet another pal and partner, Ben Chasny from Six Organs of Admittance, that introduced Hush Arbors to whom might very well be his best British analogue — Current 93’s David Tibet. So impressed with Wood’s haunting falsetto and delicately intricate guitar work (“one of the last unfound treasures of sound,” the elder apocalyptico gushed), Tibet asked him to join the Current 93 cadre. And like most highly-prized invites, Tibet’s offer soon brought in scores of others for Charlottesville, Va., native Wood: Sunburned Hand of Man; Rick Tomlinson’s Voice of the Seven Woods; the late avant-garde guitarist Jack Rose, etc.

Still, there was one play date Keith Wood knew he just had to keep — a standing offer some 30 years in the making.

Wood explains it thusly: “My relationship with bassist Jason Ajemian comes before any real memory of mine. We grew up in the same town, and our musical relationship began with our love of early hip-hop and break dancing, then we eventually got interested in playing music ourselves. We had a coin toss to see who would play bass and who would play the guitar. Jason won the toss, of course. We terrorized our local music shop on a daily basis, jamming a little further out each time until we got thrown out.”

Hence what’s billed as the Two of Us Riding Nowhere Tour. Wood’s name might be unfamiliar to Soda City clubs, but Jason Ajemian’s is certainly not. Be it his solo bass excursions, or his low end theories with Mandarin Movie, Dragons 1976 or, most recently, the AutoCAD hijinks of the High Life, Columbia has heard enough of him to know that the “riding nowhere” in-joke is just that. To wit, any friend of Jason Ajemian’s will no doubt be a friend (with full-on aesthetic benefits) of the free-music scene here.

Asked about the intangibles Ajemian brings to their one-on-one, and Wood is all smiles for his childhood chum.

“Jason adds some super heavy vibes all the time, and I feel like he’s one of the most intuitive players out there,” notes Wood. “We just get together, I play him a tune and he always comes up with something that I love. It’s as simple as that, really.”

Champagne for real friends, real pain for sham friends — in the end, it behooves us to know the difference. And for these two musicians at least, that distinction probably couldn’t be any more defined. However, if something as damning as guilt can be rendered via association, then the converse should hold true as well. Hearing old friends like these play together as they do is perhaps all the proof we need. To friendship!