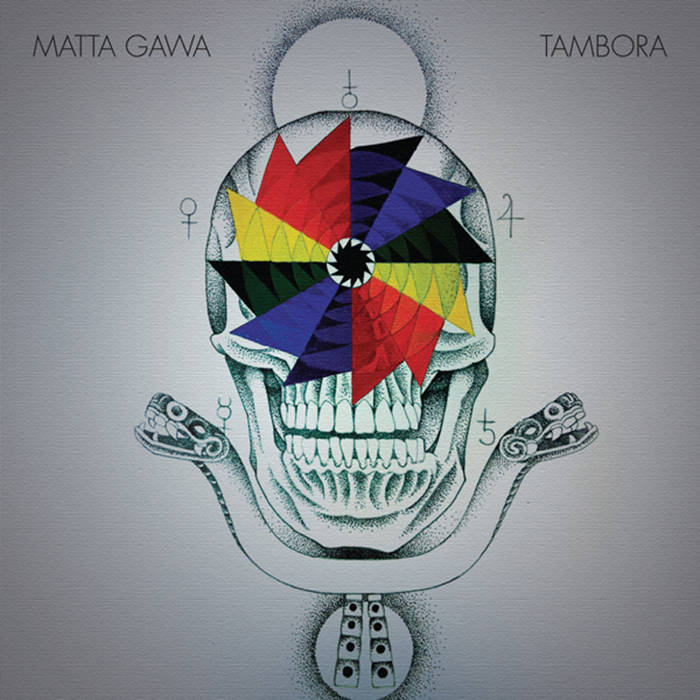 Matta Gawa's strength and cohesion as a duo belies their unconventional and experimental approach to music-making. Guitarist Ed Ricart uses a vast array of stompboxes to process, loop, and sculpt sound on the fly, while drummer Sam Lohman freely punctuates the music with his energetic work on the kit- adding heft, color, and texture. The dynamic, sprawling music on 'Tambora' stands as a fine demonstration of Matta Gawa's unique brand of spontaneous composition/improvisation.

Matta Gawa have toured the East Coast and Midwest extensively, including a two week stretch with legendary drummer William Hooker, and a six week North American tour in the fall of 2010. Their first album, 'Ba,' was released via Engine Studios (home to great records from Fred Anderson, Many Arms, Kidd Jordan, Warren Smith, and many more). Of 'Ba,' writer Clifford Allen noted "this is a deep, unruly recording devoid of New Weird-hipness, capturing the dangerous fragmentation of noise and psychedelic vibrations with a young, hungry energy and both musicians are individuals to keep an eye on."