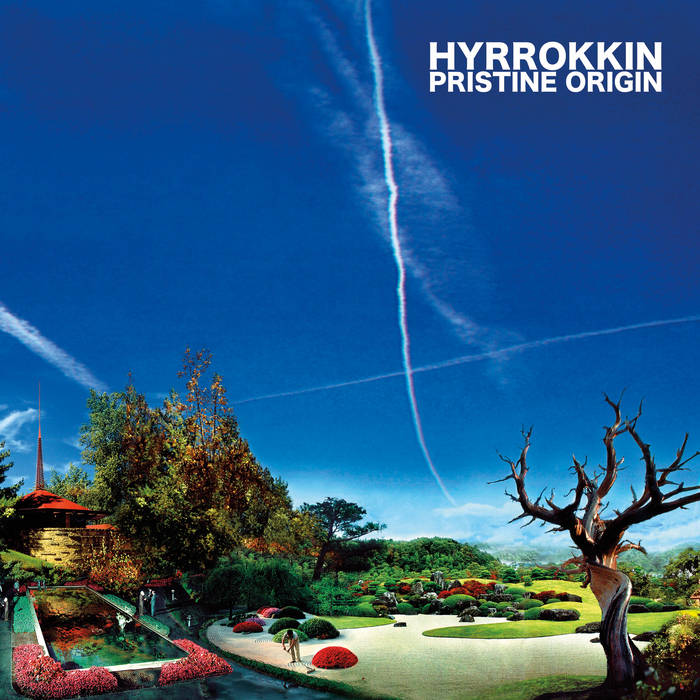 Just two months after forming the band in June of 2011, Hyrrokkin recorded their well-received cassette debut, Astrionics, and embarked on a six-week tour of North America. The group has since shared the stage with Mick Barr, William Hooker, Many Arms, and collaborated as members of Kid Million's Man Forever (Thrill Jockey), and with Black Flag guitar legend Greg Ginn.

The radical sound of the group reflects the cumulative musical experiences of the three musicians involved. Brett Nagafuchi (drums) and Paul Larkowski (guitar + bass) were both members of Kuan, an avant-punk band from Dayton, OH. Edward Ricart (guitar + bass) relocated from Washington, DC to Yellow Springs, OH to form the group, and has been a prolific member of the experimental music community. In addition to a rapidly expanding discography, he has worked alongside members of Fugazi, Bardo Pond, the Rollins Band, and Tortoise, as well as free-jazzers Peter Brotzmann, William Hooker, and Marshall Allen (of the Sun Ra Arkestra), among many others.

In July of 2013, Hyrrokkin will be recording a new composition, 'Wisshak', for a split 7" with the Italian avant-rock quartet, Bellini (Temporary Residence), and will also record two collaborative pieces for a 12" with noise pioneer, Merzbow. The group will also release a set of three 7" singles, with remixes on the b-sides, including 'Sephfus' b/w Doug Scharin remix, 'Super Agonist' b/w Kid606 remix, and 'Golden Square' b/w Andrea Parkins remix. Catch Hyrrokkin as they tour North America in support of Pristine Origin throughout the Fall!