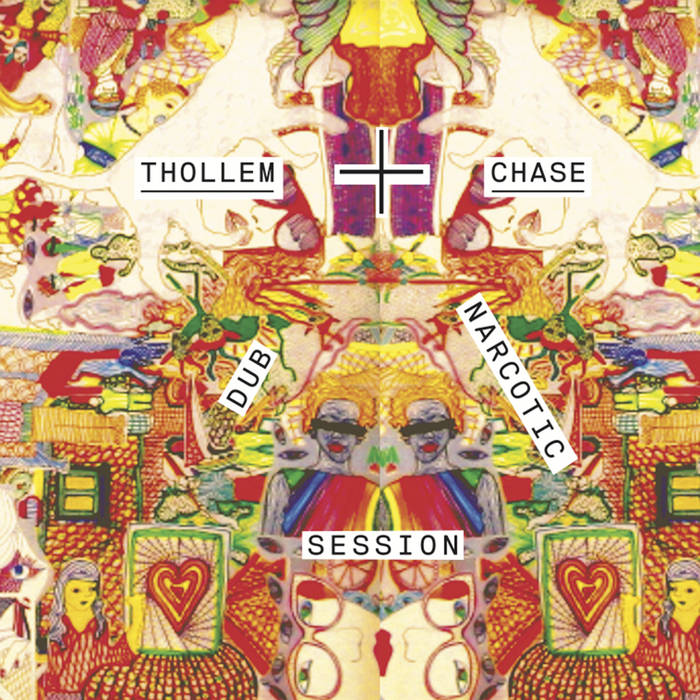 Thollem and Brian first met in New York City during the summer of 2012, performing as a trio with bassist James Ilgenfritz. The following year saw the release of ‘The Whistling Joy Jumpers’, a collaboration between Thollem, Brian, and the legendary Jad Fair (of Half Japanese). In the summer of 2013, Thollem and Brian traveled to Olympia, Washington, to record a session at K Records' storied Dub Narcotic studio. During the first day of the session, their guitarist fell ill, leaving Thollem and Brian with a day in the studio. The fittingly titled ‘Dub Narcotic Session’ is the free-ranging result, defying handy categorization, set in spontaneously unfolding linear landscapes of sonic terrain.

‘Mind Control Free For All’ is charged with a kinetic punk undercurrent, blossoming into swaths of explosive energy. The lyrical ‘Where We Come From’ evokes the modal excursions of Sonny Sharrock and Alice Coltrane, underpinning a reverence for tonality and the blues with an expertly shifting rhythmic foundation. By contrast, ‘Dis-Mis-Education’ erupts with scatter-shot, stagger-stepped free improvisation from the outset, unfaltering through the track’s close.

Brian Chase is a drummer and composer living in Brooklyn, NY. Though he works in a variety of contexts, he is probably best known as a member of the group Yeah Yeah Yeahs, a band that has toured extensively throughout the world and has been nominated for three Grammys. On the new music side, Brian is very active in the experimental music scene, largely based around the community of John Zorn's club, The Stone; in this setting, performance collaborations have included those with Alan Licht, Chris Cochrane, Andrea Parkins, Anthony Coleman, and Jeremiah Cymerman, amongst many more. Brian also dedicates much time to his solo project, Drums and Drones; an album of this material was released in 2013 on the Pogus label and features 'moving paintings' by video artists Ursula Scherrer and Erik Zajaceskowski. Away from the drums Brian is a regular practitioner of Ashtanga yoga.

Thollem has been touring perpetually for 7 years, and has released 35 albums of his own and in collaboration with others on 15 different vanguard labels. A brief cross-section of his many collaborations includes Stefano Scodanibbio, Nels Cline, Pauline Oliveros, William Parker, Susie Ibarra, Mike Watt, John Dieterich, Carmina Escobar, Gino Robair and Rent Romus. He is also the founding director of Estamos Ensemble, a long-term project bringing together improvisers and composers from both sides of the U.S./Mexico border. Some of his many other groups include Tsigoti, Soar Trio, Bad News From Houston and The Hand To Man Band. He regularly gives workshops and is a published author in the US and the Czech Republic.