Black Figure of a Bird 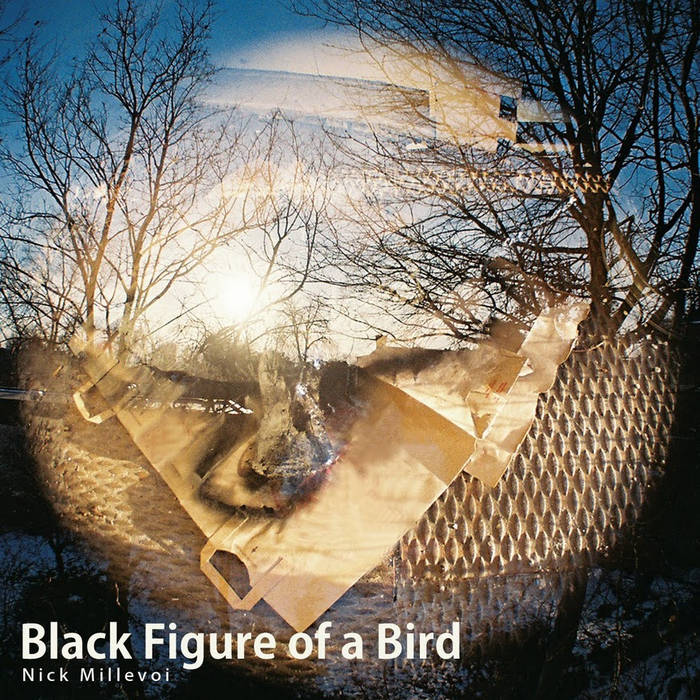 Black Figure of a Bird consists of a series of pieces written for the twelve-string electric guitar based upon various alternate tunings. The songs range from the lush and sprawling melodicism of “What Sunlight Does Make It Through” to the noisy, treble-heavy assault of “Bruxer” to the spacious harmonic meditation, “Nothing Forms A Liquid.” The album was masterfully recorded by Philadelphia-based guitarist and engineer, Eric Carbonara.

Millevoi recently toured the east coast alongside Toronto-based guitarist Colin Fisher, and has shared bills with Nat Baldwin, Eugene Chadbourne, and Matta Gawa. Brian Rademaekers of Philly.com wrote that Nick's music, "Bends the perceived limits of the instrument into some twisted places using open tunings and a passionate attack on the frets."

Nick is co-leader of the avant-garde punk-jazz trio Many Arms (Engine Records, Majmua Music), and with trombonist Dan Blacksberg co-leads the new music duo Archer Spade, who have recently performed works by Roscoe Mitchell and Dave Soldier. Nick is also a member of progressive chamber-pop collective Make A Rising and Hassidic punk band Electric Simcha. As a sideman, Nick has toured with Fugazi bassist Joe Lally, and performed with Gene Coleman, Glenn Branca, and many others. Nick composes regularly for his groups and has also composed a series of six improvisation-based pieces called SHREDfest for various instrumentations, culminating in the release, SHREDfest V by Tiger Asylum Records.

Of his work with Many Arms, writer Phil Freeman recently wrote in Burning Ambulance: "Guitarist Nick Millevoi takes Greg Ginn's misshapen, barbed-wire soloing style as a starting point and injects doses of Derek Bailey, Sonny Sharrock and Mick Barr (Orthrelm, Octis, Krallice) for good measure. He's a fierce player who knows his way around a riff and can tie himself, and the listener, in knots with his contorted, passionate soloing."